If free to choose where to live and work, human beings from all latitudes prefer an environment with three characteristics: “they desire to stay in an elevated position, that offers a wide view; have an open space in front of them with fields and scattered trees; be close to a body of water like a lake, a river or the sea”. from Wikipedia, “Biofilia” (It.) “Jazzi” is a three-year research project aimed at advocating a new way of living nature, through a programme for the valorisation and narration of the environmental, material and intangible heritage of the Licusati (Camerota) area, located west of Mount Bulgheria and within the Cilento National Park and the Vallo di Diano  (Salerno, Italy). Today the Park, a result of the combined work of nature and man, is a living landscape that, though it has maintained an active role in contemporary society, conserves the traditional characteristics of its origins: in the organisation of its territory, in the interweaving of its paths, in its farming and housing systems. The challenge of this research therefore becomes both cognitive and operative: observing what exists with new eyes, as well as launching innovative circuits through the regeneration and redevelopment of the structures and stories that run along the paths of the Park, especially the jazzi, which will be brought back to life and become hospitable places for new travellers. This research takes its name from the “stazzi” or “jazzi” (n. sing. jazzo, from the Latin iacere, to lie), temporary resting places that sheltered grazing animals and points that connected villages, sheep tracks and mountain pastures. Today, these buildings with a rectangular layout are unused or dilapidated, and can be found in many places on Mount Bulgheria.

The reason for an inland area

A large part of the local population has moved to urban areas – towards the coast, the North, abroad – because of the lack of employment opportunities. Most residents work in the public sector and in tourism during the summer season, marginalising the smaller towns and resources such as the area of Mount Bulgheria. Agriculture, despite traditional products, remains confined to self-production and subsistence. Yet the coastal part of Camerota is especially active on the socio-cultural level in several fields: music, art, wine and food, sport, sailing, hiking, environmental protection, volunteering and promotion of the territory. This programme aims to reclaim the slow routes and pathways, regenerating the jazzi and overnight stays through their reutilisation. The project will promote the qualities of the territory, the landscape and the local social capital and will stimulate investment, especially in the unexpressed potential of the territory itself.

Starting from the current network of paths, this work will be developed through the identification, classification and valorisation of the natural/historical/anthropological places of interest. The directions of the paths will become the connections between these places. The project will identify the different typologies and meanings of path: path as the act of walking, favouring the confluence of the dimensions that distinguish the Cilento area: the sea and the mountains; the act of crossing, in the slow time from afar that brings the walker closer to those who have already travelled those same paths: shepherds, monks, Carbonaris and bandits; in the attempt to propose the rewriting of space – natural, cultural and interior – that arises from the subjectivity of walking.

When walking in nature, stopping is part of the journey: taking time, fully living the cycles of day and night, observing stars and dawns. In Italian, dimora (dwelling) originally meant place of delay, place for stopping, pallet (n. sing. jazzo, from the Latin iacere, to lie). This project aims to valorise the structures and remnants produced over the centuries by men that have crossed the Cilento: shelters, sheds, cellars, jazzi. An overnight stay represents an alternative model for enjoying this territory, a welcome retreat from the chaotic coast, a unique and complete experience, a refuge that evokes nomadic paths more than non-migratory lodging.

A further challenge of this project is operative: to produce material innovation through the reutilisation and redevelopment of the structures that run along the paths of the Park. Dwellings for overnight stays will be developed with reused and recycled materials coming from the territory itself. Every space will be unique, original, determined by its context and representative of its space. The jazzi brought back to life will become places for the hospitality of new travellers. The direct experience of Cilento’s conviviality and hospitality may create a laboratory that can satisfy the need for meeting and exchanging, in order to discover a new way of living nature and this territory.

Local organisations will be strengthened through the creation of a network made up of collaboration and debate. Initial surveys of the territory have highlighted the great potential of existing organisations. Beyond the local context, dialogue will be favoured with other practices such as nature paths, the development and valorisation of “residual” and non-conventional hospitality areas, including diffused hotels, and partnerships with festivals and initiatives.

Activities and events will be promoted: possible initiatives could include, for example, the adoption of thousand-year-old olive trees, a festival of local bands, mountain top concerts, a new “multiple” signage. Artists will be invited who, through residencies, meetings, laboratories, performances held at night and in nature, will provide a new way of observing and interacting with the landscape, people and local stories. This will allow the project to become a laboratory, a workshop, a space for research, meetings and creation, whose protagonists will be the artists along with the active participation of local associations and inhabitants.

The first planned public initiative is the international call for ideas (July 15- November 11, 2016) that will allow the association to choose the most ideal forms and the most innovative visions, in order to promote continuous dialogue and exchange and create a community of interest around the Park and the project. The challenge will be to link the local community, the new consumers and the network of participants. This call aims to turn the territory into the object of much reflection, thus activating an experiment that generates discussion, attention and perspective, making the experience reproducible in other situations as well. The work of the jury will submit possible ideas to external criticism, and will expand the space for project-based deliberation. 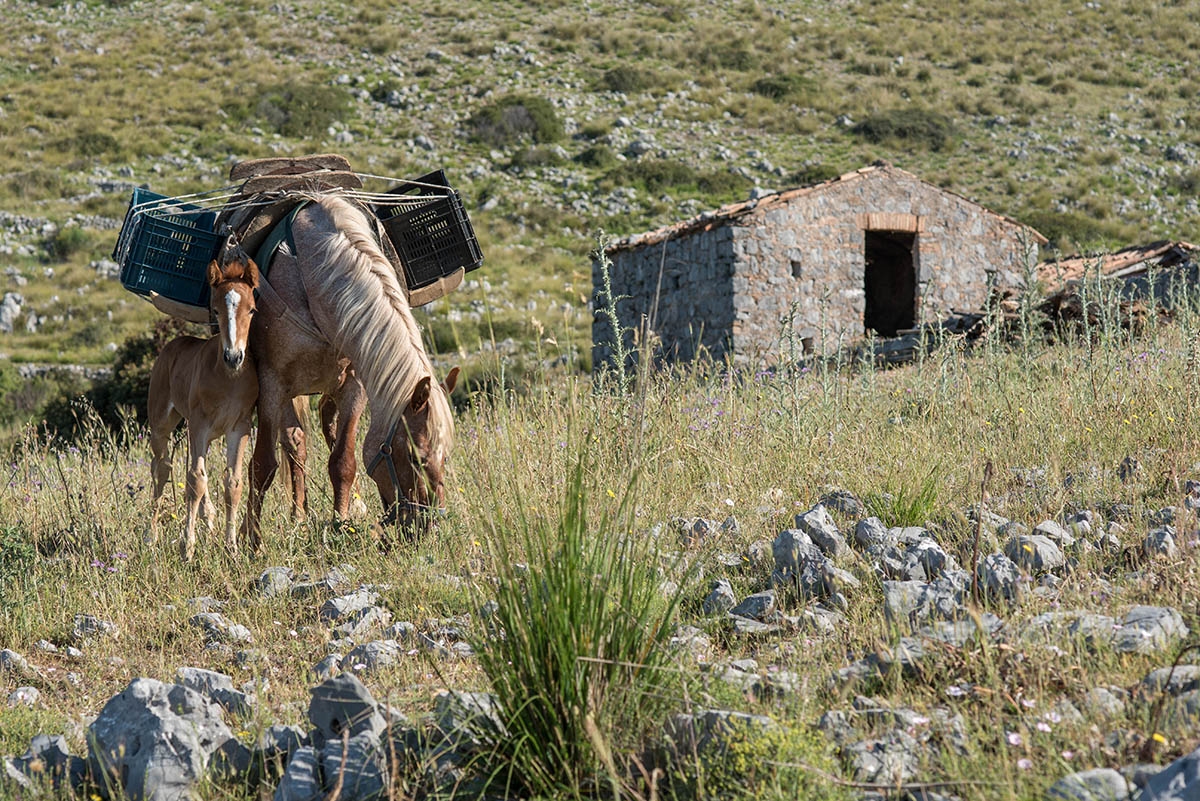